“Australia’s emissions go up again,
but Environment Minister says progress being made”

The ABC’s chart is overlaid on the global chart to illustrate how the ABC cherry-picks Australian emissions and fails to show the data in the context of Global emissions.

Overlaid on the chart of Global emissions is a chart showing Mining GDP, which clearly illustrates where the growth in emissions is occurring. The implication is that they want us to curtail mining output.

The ABC claims that:

[Australian] Emissions for the year ending in June 2018 have increased on the previous year by 0.6 per cent, pushing Australia’s emissions to the highest they have been since 2011.

In the same timeframe, China’s 28% of global emissions increased by 2.2%, or 0.6% of world emissions or 83 times Australia’s increase.

The article is headed by the usual picture showing clouds of steam emitted by cooling towers: 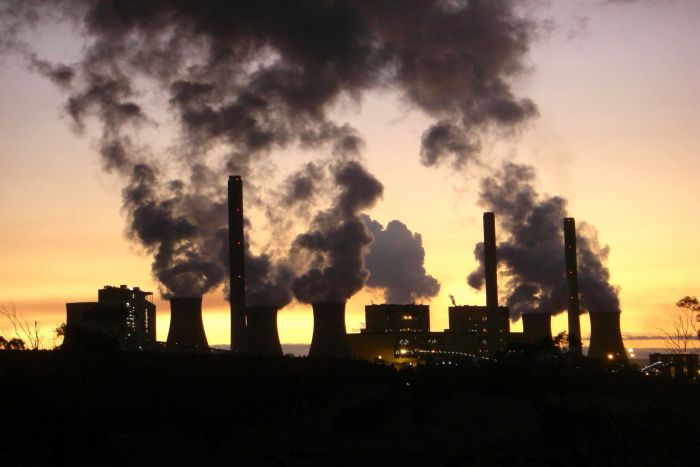