According to the ABC:

“With growing fears about the effect changing global temperatures are having on farm production, tea is one industry at the forefront of climate change in Australia.

‘I have seen a change … last year we were using the word alarming but it seems to have swung back in this cycle this year’, Mr Poyner said. ‘What we’re seeing is longer, dry ends-of-years, fairly decent monsoons, but then, June/July, right through to Christmas, we’re not seeing that early monsoonal activity’. ‘That’s a trend I’ve noticed in the last 10 years, and I’m hoping that doesn’t continue and that this year snaps that cycle and we see good spring rains’, Mr Poyner said. 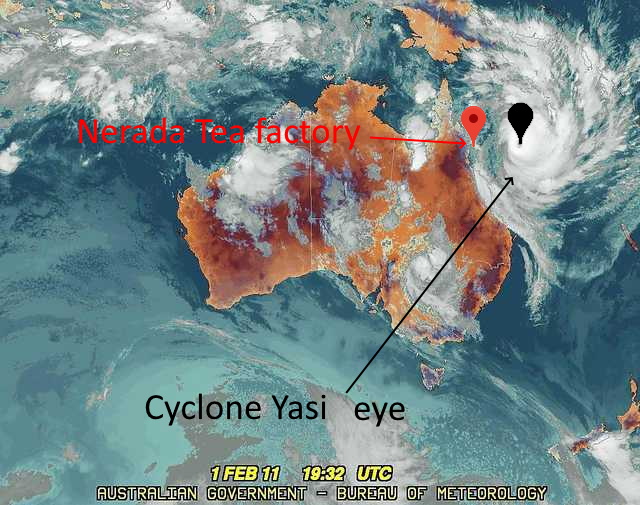 The following shows the Southern Oscillation index (SOI) for the last 10 years:

A strongly and consistently positive SOI pattern is related to a high probability of above the long-term average (median) rainfall for many areas of Australia, especially areas of eastern Australia – La Niña.

Conversely, a ‘deep’ and consistently negative SOI pattern is related to a high probability of below median rainfall for many areas of Australia at certain times of the year – El Niño.