The Australians walking out of work over climate change inaction

“Mr Sheikh, chief executive of sustainable company Future Super, is part of a growing group of business leaders who are shutting their doors and encouraging staff to join the School Strike for Climate. ‘Our employees came to us and said they wanted to attend the student climate marches’, he told SBS News

Sheikh is better known as the former head of Getup!
He also failed to get up as a Greens candidate.

There isn’t any mention of Sheikh’s role in Getup! nor his failure to get elected for the Greens.

SBS attempts to create the impression that the ‘Not Business as usual’ campaign is widespread, with:

Employees led by the fanatic who hired them. How many mining advocates, climate sceptics and geologists does he employ? 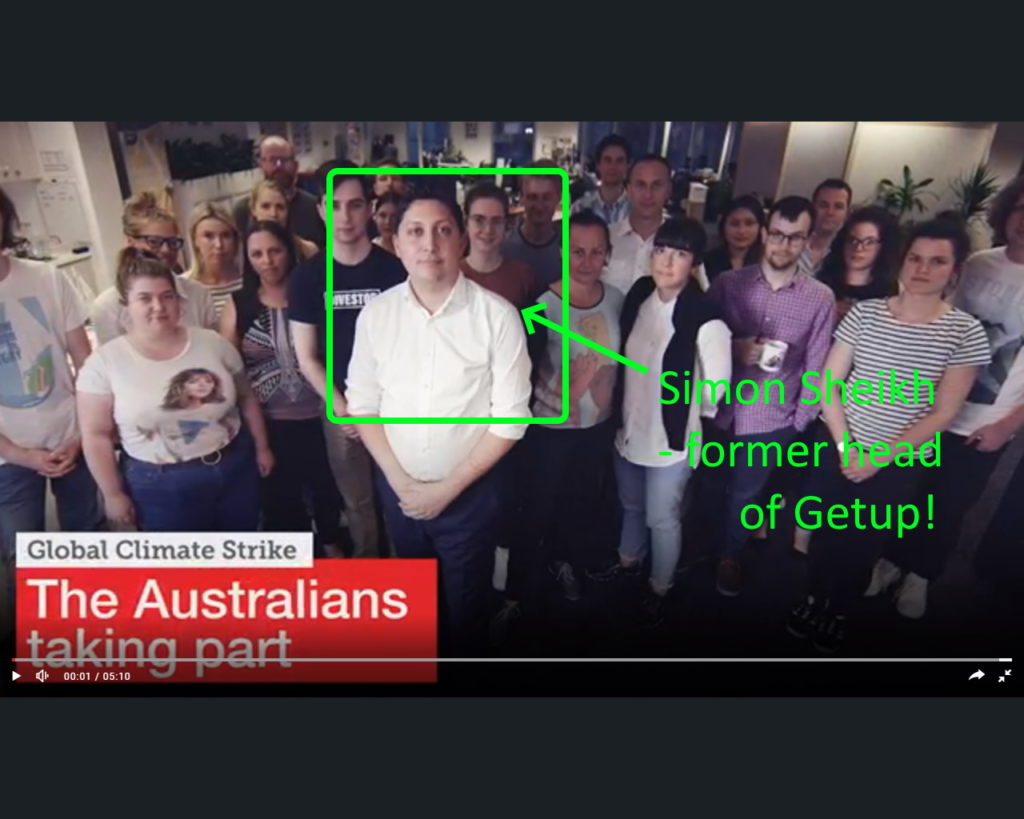 Sheikh’s ultra-Green startup is funded by the usual Green activists:

Bendigo Bank, Simon Holmes à Court and former Greens lower house member Caroline Le Couteur kicked in $600,000. The fund started last September with about $3.6 million in savings and 100 members. Sheikh says most of the angel investment came through his political connections as a Greens activist. Running a $100 million super fund is an unexpected career choice for Sheikh who grew up in public housing and became involved with GetUp to reduce social inequality.

He says running a fossil fuel-free start-up allows him to push the climate change agenda much better than being in the government.

“With the conservative government, the market’s going to have a disproportionate impact now and the $2 trillion superannuation sector is a good place to be in,” he says.