The Southern Oscillation Index (SOI) is calculated from the monthly or seasonal fluctuations in the air pressure difference between Tahiti and Darwin. A strongly and consistently positive SOI pattern (e.g. consistently above about +6 over a two month period) is related to a high probability of above the long-term average (median) rainfall for many areas of Australia, especially areas of eastern Australia (including northern Tasmania) – La Niña.

Conversely, a ‘deep’ and consistently negative SOI pattern (less than about minus 6 over a two month period, with little change over that period) is related to a high probability of below median rainfall for many areas of Australia at certain times of the year – El Niño.

The shift in rainfall away from the western Pacific, associated with El Niño, means that Australian rainfall is usually reduced through winter–spring, particularly across the eastern and northern parts of the continent. Nine of the ten driest winter–spring periods on record for eastern Australia occurred during El Niño years.
In the Murray–Darling Basin, winter–spring rainfall averaged over all El Niño events since 1900 was 28% lower than the long-term average, with the severe droughts of 1982, 1994, 2002 and 2006 all associated with El Niño.

What is El Niño and what might it mean for Australia?

June 2014: Australia’s weather is influenced by many climate drivers. El Niño and La Niña have perhaps the strongest influence*** on year-to-year climate variability in Australia. They are a part of a natural cycle known as the El Niño–Southern Oscillation (ENSO) and are associated with a sustained period (many months) of warming (El Niño) or cooling (La Niña) in the central and eastern tropical Pacific. The ENSO cycle loosely operates over timescales from one to eight years. Potential effects of El Niño on Australia include:

*** Not the only influence

WA to ‘have a say’ on climate change

Environment Minister Stephen Dawson said there needed to be a balance between reducing emissions and managing impacts on industry.

“There is a critical need for leadership at the national level to ensure we realise our national emissions reductions ambitions under the Paris Agreement”.

Australia’s TOTAL CO2 emissions are less than China’s INCREASE in emission for one year. 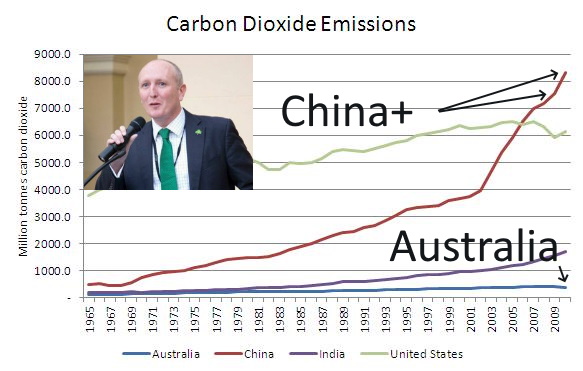 BHP has launched a review of its membership of the Minerals Council of Australia “to determine if their positions on climate change are out of step with its own”. BHP is facing a fresh push from shareholders, including Mike Cannon-Brookes, to suspend its ties with groups accused by activists of undermining the goals of the Paris climate accord goals through their stances on various policy issues such as the future of coal-fired power.

In response, BHP urged its investors to vote against the recommendations [pressure] to cut ties with the Minerals Council of Australia, …

[Ed. Seriously! Do they need to explain why?]

…insisting [that] industry associations played an important role in developing standards, best practices and policies that were of benefit to ‘members, the economy and society’

BHP, the world’s biggest mining company, reiterated its strong focus on climate action and emissions reduction and announced it was conducting an audit of the climate and energy policy positions of its industry associations.

BHP isn’t exactly “the world’s biggest mining company”, as Glencore has around five times the revenues and revenue is more relevant.

“BHP Billiton’s revenue has recovered as of 2018 from a slump in revenues in 2016 and 2017. Their primary focus is on metals and mining”.

Top 10 mining companies in the world (based on Market cap)

It is unclear why Cannon-Brookes wants to invest in a mining company if he doesn’t like mining – that’s like investing in a beef company and then pressuring them to sell all their livestock.

BHP should concentrate more on its core business, which is “metals and mining” and less on Virtue signalling and Twitter. With a market cap greater than Glencore and revenue less than one fifth, investors might want to think about switching to Glencore, possibly with more potential and focus.

By the way, BHP wouldn’t even rank in the top 30 companies if oil and gas companies were included.

List of largest oil and gas companies by revenue

Al Gore, … focused on the need to “punish climate-change deniers, saying politicians should pay a price for rejecting ‘accepted science'” and said that “forward-thinking investors are moving away from companies that invest in fossil fuels and towards companies investing in renewable energy.

Source: Watts Up With That? 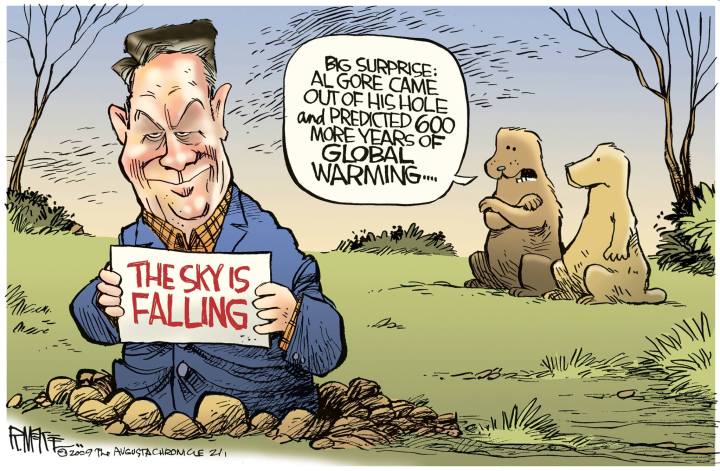 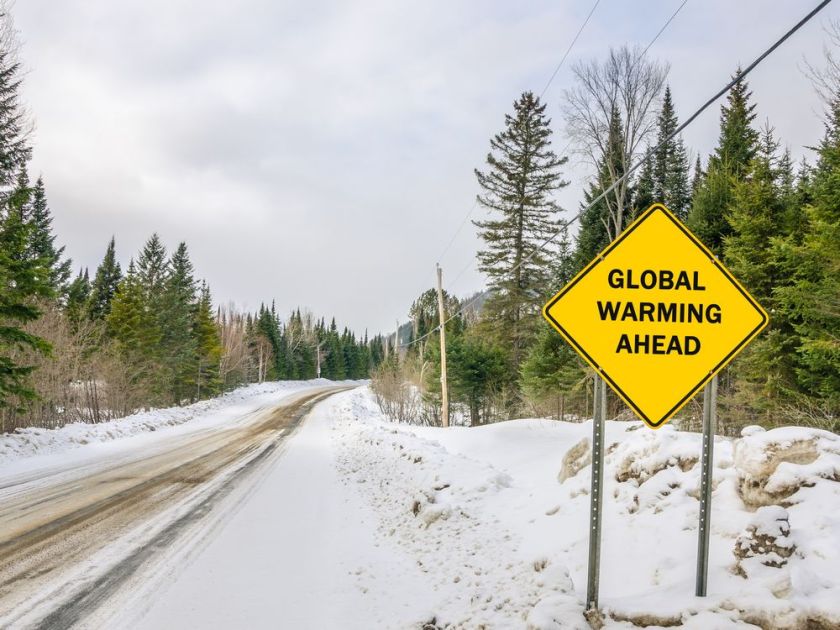 February 2019: Bartone has been more vocal on the issue of children in offshore detention. The AMA’s demand that Prime Minister Scott Morrison ‘get kids off Nauru’ was part of a campaign that prompted the government to begin to ‘quietly’ transfer dozens of sick children from the island, while fending off an attempt by independent MP and former AMA chief Kerryn Phelps to force the transfer of all remaining families.

The AMA [is] now pushing for access to the island to conduct an independent assessment of the health facilities and condition of detainees.

Bartone says while he does not wish to get involved in matters of immigration and border security, the situation on Nauru is ‘a health issue’.

He says long-term detention is ‘in nobody’s interests’ and that detention centres should have ‘a limited place, if any’ in maintaining the security of Australia’s borders.

“There were 109 asylum seeker children on Nauru at the end of August 2018 at the time we took on our respective roles as Prime Minister and Minister for Immigration,” Mr Morrison said.

“There are now only four asylum seeker children on Nauru and they have all been approved for departure to the United States of America with their families.”

Last remaining asylum seeker children on Nauru to leave the island for the US, Scott Morrison confirms

Nauru is an [independent] island country in Micronesia, a subregion of Oceania, in the Central Pacific. Its nearest neighbour is Banaba Island in Kiribati, 300 kilometres to the east. Nauru is the third-smallest country in the world, with a 21-square-kilometre area. Its population of 11,347 is the world’s third smallest, after the Vatican and Tuvalu.

In August 2013, when Tony Abbott won the election in a landslide, the ALP had 1,773 children in detention. Why didn’t Bartone, or his predecessor Phelps highlight the issue THEN?

Fact Check: Has the number of children in detention dropped from 2,000 to about 75 under the Coalition?

Statistics published by the Department of Immigration and the Parliamentary Library show 1,773 children were in detention at the end of August 2013. 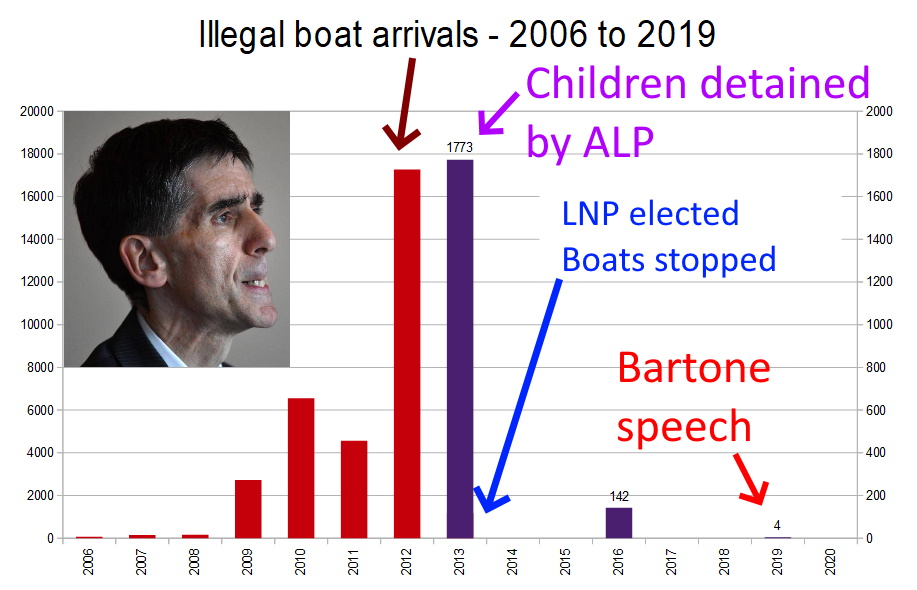 We included a map to help Dr Bartone identify the extent of his jurisdiction. 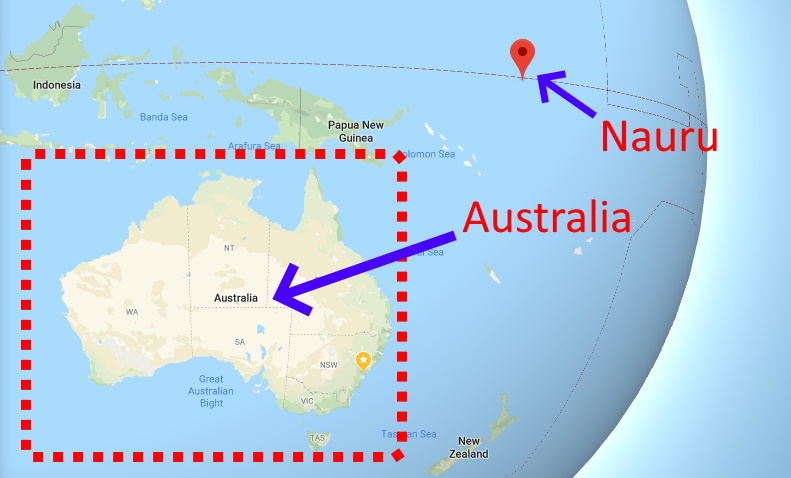