The mayor of Venice has blamed climate change for severe flooding in the historic Italian canal city reaching the second-highest levels ever recorded, with financial costs expected to run to hundreds of millions of euros. 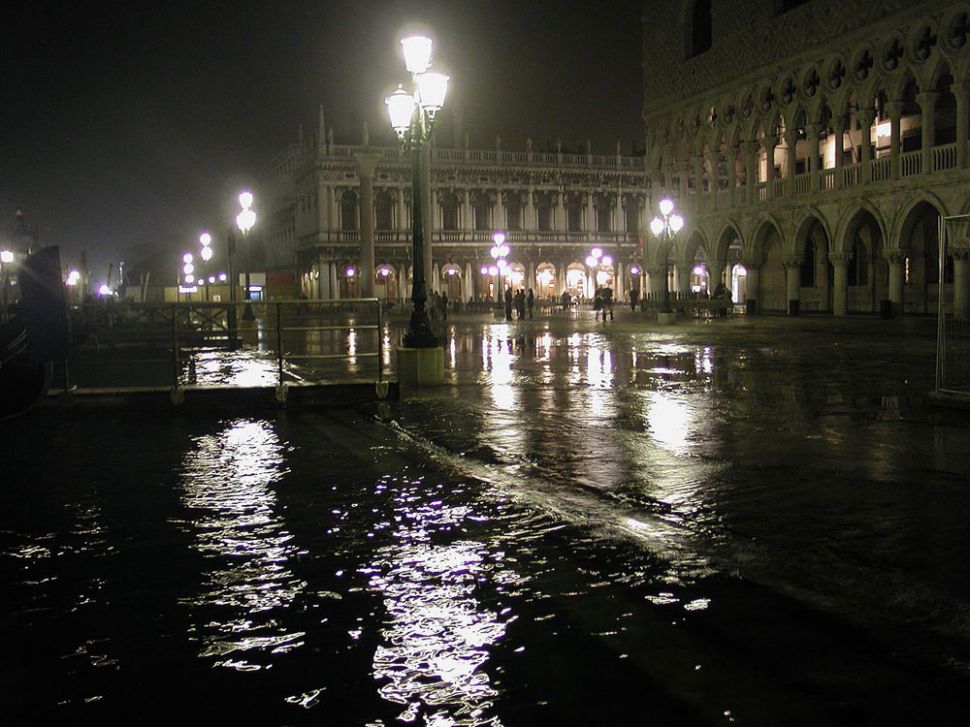 Of course, ABC ‘journalists’ failed to conduct the most rudimentary verification of this claim.

[A] new study, detailed in the March 28 issue of the journal Geochemistry, Geophysics, Geosystems, used a combination of measurement techniques that provided data on both the absolute and relative shifts in elevation of the area, along with GPS measurements and space-borne radar (InSAR) data.

The team … found that the city of Venice was subsiding on average about 1 to 2 millimeters a year. The patches of land in Venice’s lagoon (117 islands in all) are also sinking, with northern sections of the lagoon dropping at a rate of 2 to 3 mm per year, and the southern lagoon subsiding at 3 to 4 mm per year.

The forces causing the subsidence now are likely natural ones that have been impacting the area for a long time, particularly plate tectonics. The Adriatic plate, on which Venice sits, is subducting beneath the Apennines Mountains and causing the city and its environs to drop slightly in elevation. The compaction of the sediments beneath Venice also remains a factor.